‘Seduction is always more effective than coercion..’, says Prof Joseph Nye in his second book on Soft Power. Prof Nye used this phrase for the first time in 1990 in his book Bound to Lead: The Changing Nature of American Power and further elaborated on this in 2004 in his another book Soft Power: The Means to Success in World Politics. The phrase is now widely used in diplomatic circles around the world emphasizing on the use of cultural products to seduce in order to ‘getting others to want the outcomes that you want – co-opts people rather than coerces them’, as Prof Nye envisages. 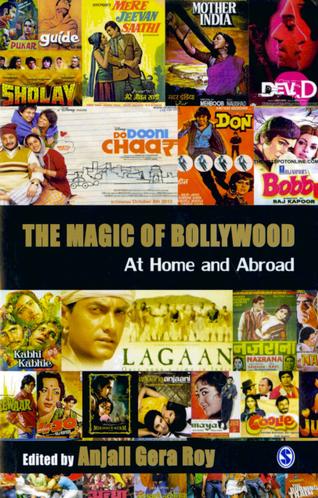 Taking a cue from this hype or rather being under the immense influence of American hue, Indian politicians like P Chidambaram and Shashi Tharoor have been advocating for last few years to use Bollywood films, along with many other things like Yoga and Chai, to boost the image of India across the globe. Earlier this year, the Public Diplomacy Division of Ministry of External Affairs invited proposals to make documentary films featuring the varied aspects of Indian art and culture, from films to religions to corporate icons to showcase the ‘soft power’ of India to the world outside. All these reflects the influence of this concept on the Indian policymakers. In a timely intervention, Prof Anjali Gera Roy of IIT, Kharagpur has come out a collection of articles- aptly titled The Magic of Bollywood: At Home and Abroad– exploring the wide-ranging dimensions of Bollywood as an effective element of India’s soft power. Such academic endevours are rare in the existing scholarship in Indian Cinema.

The book features articles exploring the presence and influence of Bombay popular cinema in different parts of the world with critical preludes on the popular Hindi films and its constitution as a cultural and commercial branding as Bollywood along with a detailed analysis of its overseas trade and distribution. It is a fascinating experience to get familiar with Bollywood’s popularity in countries like Indonesia, Australia, Senegal, Germany and Bangladesh along with Russia, Pakistan and elsewhere through 16 articles written by scholars belonging to highly reputed international institutions having immense research experience and expertise in the field. Prof Roy, in her introduction to the book, explains the term soft power and explore the possibilities of Bollywood to be included in the category. Underling that the term is essentially located in the arena of International political and diplomatic discourses, she cautions that it should not be interchanged with Brand Bollywood, essentially a product and profit-oriented marketing category. But, she also opines that the global visibility of this brand has open up a possibility for the state to exploit it as a soft power as the two provide ‘strong intersections’. The positive, at times celebratory, approach of the editor of this book towards the idea of soft power is well-argued, however, she has refrained from engaging with Prof Nye’s concept critically that is essential in order to grasp the theme in its entirety.

The entire book mentions Prof Joseph Nye only as a professor, which is a half truth. Prof Nye is closely related to the United States political establishment. He was chairman of the National Intelligence Council in 1993 and 1994 coordinating intelligence estimates for the President. During the presidency of Bill Clinton, he was Assistant Secretary of Defense for International Security Affairs. He might have been National Security Advisor to John Kerry, if he had won the election in 2004. Currently, Prof Nye is the co-chair of the Cyber Security Project of Center for a New American Security, one of the most influential think-tanks in the US. This detail is essential to understand his thoughts and theories that is aimed at furthering the American interest. No wonder that an Indian politician like Shashi Tharoor, for whom even upper middle class in India is ‘cattle class’ goes gaga over Nye’s utterances. It is sad to see him being quoted all over in such an academic exercise to champion the term rejected by the Neo-realist scholars as a vague concept that is impossible to quantify. Critics have asserted that the states who have an effective military, economic and industrial power can apply soft power. While ‘orientalizing’ Bollywood, one must keep in mind that the standing of Indian state in the international arena is deteriorating. Just to take a reality check, one can look at the India’s position on the popular protests in various Arab countries. An aspiring super-power abstains on most of the resolutions in the United Nations!

However, the book is very enriching for the cinema scholars interested in distribution and reception of popular Hindi films in various parts of the world. Articles have presented interesting facts and figures regarding revenues and audiences. The critical analysis on the acceptance of certain kinds of films among the Indian diaspora and the natives of various lands are illuminating in studying the contours spectatorship. The intricate link between the Neo-liberal regime and Bollywood is profoundly analyzed in some articles presented in first few chapters that give a proper direction in understanding its proliferation outside. There are very few books like this one on the relation between the film production scenario and the narratives and style of the films made in India.

I would like to advice to the editor to refashion this book in the next edition by editing out overbearing focus on soft power. Seduction can be always more effective than coercion for Prof Nye and Shashi Tharoor, but we must also listen to Andrea Dworkin’s words that seduction is often difficult to distinguish from rape. In seduction, the rapist often bothers to buy a bottle of wine.